The Japanese beetle (Popillia japonica) is a species of scarab beetle. The adult measures 15 mm (0.6 in) in length and 10 mm (0.4 in) in width, has iridescent copper-colored elytra and a green thorax and head. It is not very destructive in Japan, where it is controlled by natural predators, but in North America, it is a noted pest of about 300 species of plants including rose bushes, grapes, hops, canna, crape myrtles, birch trees, linden trees, and others.[citation needed]

The adult beetles damage plants by skeletonizing the foliage, that is, consuming only the leaf material between the veins, and may also feed on fruit on the plants if present, while the subterranean larvae feed on the roots of grasses.  While the larvae of Japanese beetles feed on the roots of many genera of grasses, the adults consume the leaves of a much wider range of hosts, including these common crops:[4] bean, strawberry, tomato, pepper, grape, hop, rose, cherry, plum, pear, peach, raspberry, blackberry, corn, pea, okra, and blueberry.

Popillia japonica is native to Japan, but is an invasive species in North America.

The first written evidence of the insect appearing within the United States was in 1916 in a nursery near Riverton, New Jersey.[2] The beetle larvae are thought to have entered the United States in a shipment of iris bulbs prior to 1912, when inspections of commodities entering the country began. As of 2015, only nine western US states were considered free of Japanese beetles.[3] Beetles have been detected in airports on the west coast of the United States since the 1940s.

The first Japanese beetle found in Canada was in a tourist's car at Yarmouth, arriving in Nova Scotia by ferry from Maine in 1939. During the same year, three additional adults were captured at Yarmouth and three at Lacolle in southern Quebec.[4]

Japanese beetles have been found in the islands of the Azores since the 1970s.[5] In 2014, the first population in mainland Europe was discovered near Milan in Italy.[6][7] In 2017 the pest was detected in Switzerland, most likely having spread over the border from Italy. Swiss authorities are attempting to eradicate the pest.[8]

Ova are laid individually, or in small clusters near the soil surface.[9] Within approximately two weeks, the ova hatch, the larvae feeding on fine roots and other organic material. As the larvae mature, they become c-shaped grubs which consume progressively coarser roots and may do economic damage to pasture and turf at this time.

Larvae hibernate in small cells in the soil, emerging in the spring when soil temperatures rise again.[9] Within 4–6 weeks of breaking hibernation, the larvae will pupate. Most of the beetle's life is spent as a larva, with only 30–45 days spent as an imago. Adults feed on leaf material above ground, using pheromones to attract other beetles and overwhelm plants, skeletonizing leaves from the top of the plant downward. The aggregation of beetles will alternate daily between mating, feeding, and ovipositing. An adult female may lay as many as 40–60 ova in her lifetime.[9]

Throughout the majority of the Japanese beetle's range, its lifecycle takes one full year, however in the extreme northern parts of its range, as well as high altitude zones as found in its native Japan, development may take two years.[10]

Owing to its destructive nature, traps have been invented specifically to target Japanese beetles. These comprise a pair of crossed walls with a bag or plastic container underneath, and are baited with floral scent, pheromone, or both. However, studies conducted at the University of Kentucky and Eastern Illinois University suggest beetles attracted to traps frequently do not end up in the traps, instead, they land on plants in the vicinity and cause more damage along the flight path and near the trap than may have occurred if the trap were not present.[11][12]

On field crops such as squash, floating row covers can be used to exclude the beetles, but this may necessitate hand pollination of flowers.

Research performed by many US extension service branches has shown pheromone traps attract more beetles than they catch.[13][14] Traps are most effective when spread out over an entire community, and downwind and at the borders (i.e., as far away as possible, particularly upwind), of managed property containing plants being protected. Natural repellents include catnip, chives, garlic, and tansy,[15] as well as the remains of dead beetles, but these methods have limited effectiveness.[16] Additionally, when present in small numbers, the beetles may be manually controlled using a soap-water spray mixture, shaking a plant in the morning hours and disposing of the fallen beetles,[14] or simply picking them off attractions such as rose flowers, since the presence of beetles attracts more beetles to that plant.[16]

This content is a Remix of content originally published at https://en.wikipedia.org/wiki/Japanese_beetle.  It is used in accordance with the Creative Commons Attribution-ShareAlike 3.0 Unported License. 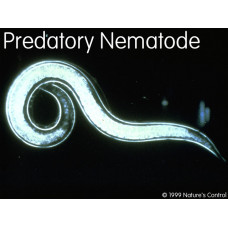 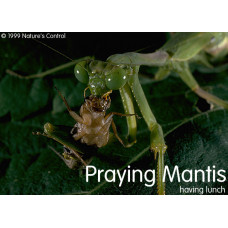